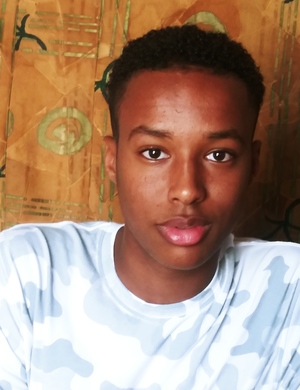 Tawfeeq is in the 10th grade at Inspire Charter Schools and will be graduating from high school this year. He started taking courses at the local community college in the 7th grade and entered high school with over 90 units, including pre-calculus, physics, and chemistry. He is a straight-A student and recently achieved the President's Honor List at Los Angeles Community College District, which is a significant academic accomplishment, especially for someone his age.

Tawfeeq loves learning about different languages and cultures and is currently studying Spanish and Arabic. He has traveled to East Africa and the Middle East and is active in his community at the local mosque, where he teaches Arabic and serves the homeless.

Tawfeeq is a hard-working, self-motivated student who takes pride in everything he does. His goal is to become a neurologist to learn about the different functions of the human brain as well as becoming a professional soccer player.

In addition to his rigorous academic schedule, he is currently training in soccer with an academy level coach. He trains a minimum of three days per week and plays in games every weekend. His team is currently in the highest level in the Southern California developmental soccer league in the boys 2004 age group division.

We are so proud of Tawfeeq and everything he has accomplished so far. We look forward to watching him soar!